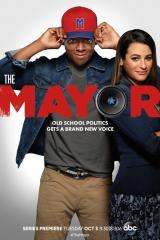 Genre: Comedy
Network: ABC (US)
Release date: October 03, 2017
External link: TheTVDB
Summary:
Young rapper Courtney Rose needs his big break. For years he’s toiled away in a small inner-city apartment, making music in his junk-filled bedroom closet. Tired of waiting for opportunity, Courtney cooks up the publicity stunt of the century – running for mayor of his hometown in California to generate buzz for his music career. Unfortunately for Courtney, his master plan goes wildly awry, ending in the most terrifying of outcomes: an election victory. With the help of his mother and friends, including Valentina, Courtney will have to overcome his hubris if he wants to transform the struggling city he loves.

Will You Accep
season 01
episode 06