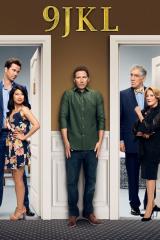 Genre: Comedy
Network: CBS
Release date: October 02, 2017
External link: TheTVDB
Summary:
Josh is a new divorcé and actor between projects who moves home to New York to regroup—and into an apartment sandwiched between his parents and his brother’s family. As he gets back on his feet, he’s faced with his most challenging role yet: being a good son and brother while keeping his relatives at bay. As they literally come at him from both sides, he realizes he desperately needs to establish some ground rules, because his loving family is always going to be there for him. Always.

It Happened On
season 01
episode 12