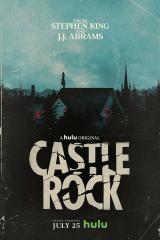 Genre: Drama,Horror,Mystery,Thriller
Network: Hulu
Release date: July 25, 2018
External link: TheTVDB
Summary:
The intertwining of characters and themes from the fictional town of Castlerock. As a child, Henry was involved in an accident that left his father dead and him the sole suspect, had no memory of the accident, and eventually fled when townspeople turned against him. Now a death-row attorney with few connections, Henry only returns home because a mysterious inmate at Shawshank Penitentiary, who was discovered in a cage deep beneath the facility, has asked for him – and only him. However, Henry has never heard of the inmate – nicknamed 'The Kid' – who has been in solitary confinement so long that he may now be insane.