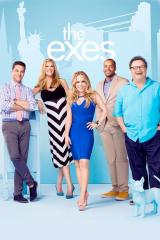 Genre: Comedy
Network: TV Land
Release date: November 30, 2011
External link: TheTVDB
Summary:
An all new comedy about three divorced men sharing an apartment across the hall from their female divorce attorney, who is also their landlord. The "never been married" Holly (Johnston) introduces her newest single client Stuart (Basche) to his new roommates -- ladies' man Phil (Faison) and the sardonic homebody, Haskell (Knight). Things get off to a shaky start for Phil and Haskell when they begin to have reservations about living with clingy Stuart, but Holly is right across the hall to help them steer clear of any catastrophes. After all, it helps her to avoid her own relationship and commitment issues! To top it all off, Holly's hard-partying assistant Eden (Stables), doesn't let her professionalism get in the way of prying into her boss's personal life. Through the episodes, the guys begin to realize that the issues they have with each other are the same ones that they had with their ex-wives.

My Dinner with
season 01
episode 08

Shall We Dance
season 02
episode 06

How Holly Got
season 02
episode 08

The Hand That
season 03
episode 09

How The Grinch
season 03
episode 12

Nothing in Com
season 03
episode 13

An Officer and
season 04
episode 04

Requiem for a
season 04
episode 08