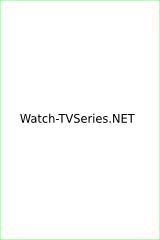 Genre: Drama,Mini-Series
Network: BBC One
Release date: December 26, 2010
External link: TheTVDB
Summary:
Set in 1936, the show takes viewers, old and new, back to the lavish world of Belgravia, London. A new set of occupants reside at the iconic address and viewers see how external and internal influences of the tumultuous pre-war period shape and mould the lives of this wealthy family and their servants.‬ ‪Upstairs, is Lady Agnes Holland, the beautiful, spirited and socially ambitious woman who plans to take society by storm. Her husband and master of the house, diplomat Sir Hallam Holland, has his work cut out keeping the peace between his wife and mother (Maud, Lady Holland), the straight-speaking mother-in-law who causes sparks to fly as soon as she arrives. Along with, Lady Persephone – the beautiful, younger sister of Lady Agnes who refuses to adhere to the rules of 165 Eaton Place. Downstairs, Jean Marsh reprises her role as Rose Buck – and is now the reliable housekeeper. Mrs Thackeray, the resident cook, the highly strung, teetotal butler, Mr Pritchard and Mr Amanjit, loyal servant to Maud.

The Love That
season 02
episode 02

All The Things
season 02
episode 04