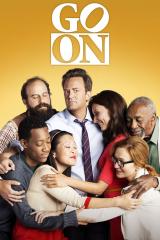 Genre: Comedy
Network: NBC
Release date: August 08, 2012
External link: TheTVDB
Summary:
After taking some time to deal with the death of his wife, sportscaster Ryan King is ready to push his feelings down and get back to work. However, Ryan's boss, preferring that Ryan work through his grief first, refuses to let him back on air until he gets counseling. Reluctantly, Ryan joins a support group, where his lack of interest in healing not only makes therapy interesting but also may just serve as the breath of fresh air needed to get his fellow group members back on track to health.

Do You Believe
season 01
episode 05

Any Given Birt
season 01
episode 07