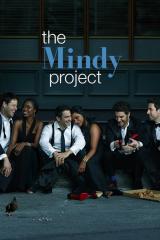 Genre: Comedy
Network: Hulu
Release date: September 25, 2012
External link: TheTVDB
Summary:
Mindy Lahiri can quote every romantic comedy starring Meg Ryan that exists. She loves the good ones and the bad ones, because the girl always gets the guy. Mindy is determined to be more punctual, spend less money, lose weight and read more books – all in pursuit of becoming a well-rounded perfect woman…who can meet and date the perfect guy. Mindy is a skilled OB/GYN and shares a practice with a few other doctors, none of whom make life any easier for her. Jeremy Reed is the walking definition of total bad news. He not only shares a practice with Mindy, but sometimes her bed as well – despite her best efforts to resist. He is funny, self-absorbed and super sexy. In contrast, Danny Castellano is a hothead and guys’ guy who has a habit of stealing Mindy’s patients. As Mindy attempts to get her career off the ground and meet a guy who passes her red flag test, only time will tell if she gets her romantic comedy ending.

Hooking Up is
season 01
episode 12

All My Problem
season 02
episode 01

An Officer and
season 02
episode 20

What About Pet
season 03
episode 10

Dinner At The
season 03
episode 15

What to Expect
season 03
episode 20

The Lahiris an
season 04
episode 11

Under the Texa
season 04
episode 21

Revenge of the
season 05
episode 07

May Divorce Be
season 06
episode 03