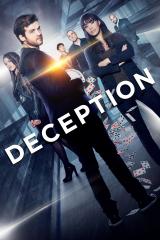 Genre: Crime,Drama,Mystery
Network: NBC
Release date: January 07, 2013
External link: TheTVDB
Summary:
When wealthy socialite and notorious party girl Vivian Bowers is found dead of an overdose, no one is really surprised — the heiress to the Bowers pharmaceutical empire has been tabloid fodder for years. But for FBI agent Will Moreno, things don't add up with this suspicious dynasty. Convinced that the troubled girl's death was a homicide, he has a clever plan to get to the truth. Her name is Detective Joanna Locasto. Twenty years ago she was Vivian's best friend and practically grew up inside the Bowers' home. And when she appears at Vivian's funeral, the family re-embraces her and no one is the wiser. Joanna quickly begins to uncover dark secrets and clues about why Vivian's life was very much in danger. At the same time, she rekindles an old romantic relationship and rediscovers the allure of the luxurious lifestyle she once knew.