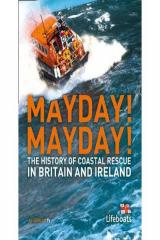 Genre: Drama,Mini-Series,Mystery,Suspense,Thriller
Network: BBC One
Release date: March 03, 2013
External link: TheTVDB
Summary:
Mayday is a sophisticated five-part thriller from writers Ben Court and Caroline Ip (Whitechapel). When a young girl goes missing on her way to the Mayday parade, the small community in which she lives looks to one another for answers. But beneath the picture-postcard idyll lies a sinister other world and the dark woods teem with myth. As the community reels from Hattie’s disappearance, the drama follows the mass hysteria and ensuing search from the point of view of the central characters, ﻿each of whom fears that someone they know is responsible. As they keep silent, their suspicions intensify over the course of the five episodes.