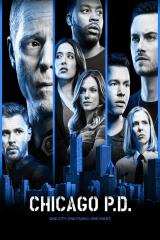 Genre: Crime,Drama
Network: NBC
Release date: January 08, 2014
External link: TheTVDB
Summary:
The men and women of the Chicago Police Department's District 21 put it all on the line to serve and protect their community. District 21 is made up of two distinctly different groups: the uniformed cops who patrol the beat and go head-to-head with the city's street crimes and the Intelligence Unit that combats the city's major offenses - organized crime, drug trafficking, high profile murders and beyond. The vast responsibilities that these jobs entail extend far beyond the walls of the precinct, often taking an emotional toll on personal lives of these men and women.

Wrong Side of
season 01
episode 02

Get My Cigaret
season 02
episode 02

What Puts You
season 02
episode 16

The Number of
season 02
episode 20

The Cases That
season 03
episode 16

Kasual with a
season 03
episode 18

I Remember Her
season 04
episode 13

Fathers and So
season 06
episode 05

What Could Hav
season 06
episode 19

The Devil You
season 07
episode 12

Before the Fal
season 07
episode 17