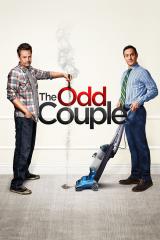 Genre: Comedy
Network: CBS
Release date: February 19, 2015
External link: TheTVDB
Summary:
Oscar's life seems almost perfect...sure he's divorced and his apartment is a mess, but he's the host of a well-known sports show, and is enjoying his bachelor lifestyle in New York City. That is until his college friend, Felix, shows up at Oscar's apartment having just been dumped by his wife. Oscar does his best to console his old buddy and get him back on the dating horse, but his attempts uncover just how unresolved his own feelings are about his ex.

All About Eave
season 02
episode 01

Should She Sta
season 03
episode 10