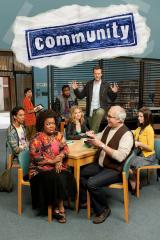 Genre: Comedy
Network: Yahoo! Screen
Release date: September 17, 2009
External link: TheTVDB
Summary:
From Emmy Award-winner Dan Harmon comes "Community", a smart comedy series about higher education – and lower expectations. The student body at Greendale Community College is made up of high-school losers, newly divorced housewives, and old people who want to keep their minds active. Within these not-so-hallowed halls, Community focuses on a band of misfits, at the center of which is a fast-talking lawyer whose degree was found to be fake, who form a study group and end up learning a lot more about themselves than they do about their course work.

The Science of
season 01
episode 20

Bondage and Be
season 05
episode 07